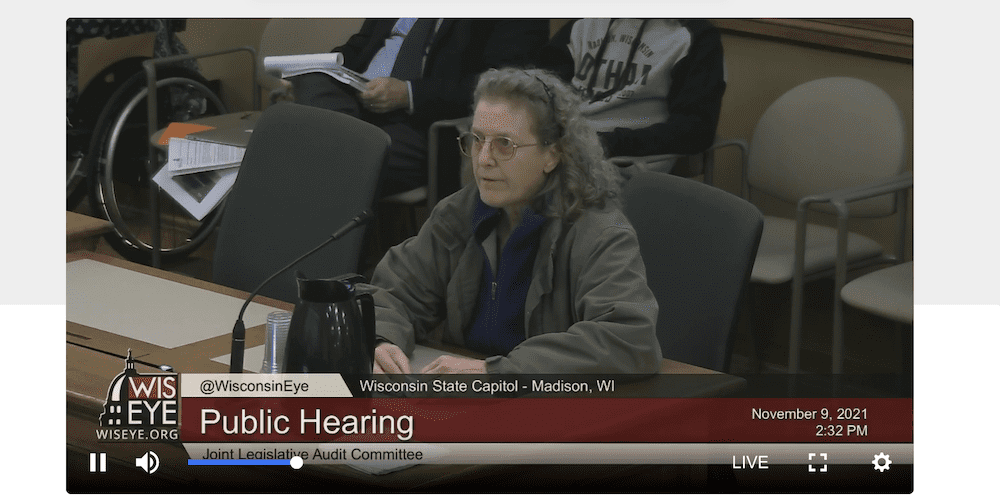 As COVID-19 swept the country in March 2020, Wisconsin’s Democratic Gov. Tony Evers tried to postpone the April 7 presidential primary. But Republican state legislators aligned with President Trump and denying the severity of COVID-19 sneered, sued, and won in court hours before the polls were to open. That fray left Wisconsin’s 1,850 municipal clerks who administer elections, and the Wisconsin Elections Commission, which guides the clerks, frantically scrambling.

“I was given a cardboard box with a roll of paper towels, six pairs of rubber gloves, a couple of bottles of what looked like Everclear [grain alcohol], and a roll of painter’s tape and a half a box of masks—all of which were open,” Municipal Clerk Vicki Terpstra of Spring Green, a village in central Wisconsin, recalled at a November 9 state legislative hearing on 2020 election administration. “That’s what we received in April, after I had to let go of all of our poll workers.”

What ensued became a national model of how not to conduct in-person voting in a pandemic. Terpstra told the Joint Legislative Audit Committee she tried “to reach out to anybody I can find to figure out how to make this work, and the Elections Commission was there for us; they’re doing their best to help us boots on the ground.” She said, “I don’t know how many people in this room or on these committees have actually worked as a poll worker… But my legislature failed me, as well as it failed all the other clerks, the boots on the ground that are doing the work.”

Terpstra’s remarks came during the public comment section of a hearing that was not intended to praise the Wisconsin Elections Commission (WEC) for helping 3.3 million people to vote in 2020’s presidential election, including a record number who cast mailed-out ballots. Instead, the Republican-majority legislature was using an October report from the body’s auditors—one that affirmed Joe Biden defeated Donald Trump—to attack the agency and perpetuate doubts about the election.

“I find it absolutely repugnant that nobody [WEC commissioners] could show up” today, fumed state Rep. John Macco, a Republican eyeing a 2022 run for governor, addressing WEC Executive Director Meagan Wolfe. Moments before, she said that the Legislative Audit Bureau (LAB) report was filled with errors, in part because it did not allow the WEC to respond to mistaken assumptions and findings—as has been the legislative bureau’s practice in every audit since its founding in 1965.

“It’s also worth repeating that no major errors were identified that could have changed the outcome of the election,” Wolfe said. “Now I plan to take you through some of the key sections of the LAB’s report.”

Wisconsin has become the new front line in the disinformation campaign by pro-Trump Republicans to delegitimize Biden’s presidency by casting doubt on his election and attacking election officials and protocols that assisted voters during 2020’s pandemic. The presentation of a flawed report on November 9, which criticized the WEC but did not mention that COVID-19 concerns drove its guidance to clerks like Terpstra, was the latest chapter in a long saga where Wisconsin Republicans have targeted elections for partisan gain.

But what sets the latest episode apart is deliberate amnesia by pro-Trump partisans who know the history and facts—because they were there. It was Wisconsin’s GOP who created the WEC in 2015 to replace a bipartisan election oversight board that was composed of retired state judges. The same legislative leadership that did not reconvene after the pandemic struck to adopt emergency measures to respond to COVID-19, unlike many red-run state legislatures. And these legislators are questioning the very election that returned them to their statehouse posts.

“A big lie does not take shape on its own, but must be carefully built upon a scaffold of lies,” observed Rep. Adam Schiff, D-CA, in his new book that details Trump’s authoritarian gambits to attack Biden during the 2020 campaign and efforts to overturn Biden’s victory, both of which prompted Trump’s impeachment.

Such a “scaffold of lies” could be seen in one of the most scurrilous attacks on the WEC, an attack that also highlights another aspect of the disinformation campaign underway in Wisconsin and other battleground states. Elected Republicans are abusing their authority by making allegations of illegal voting in forums where there is no requirement to present fact-based evidence, unlike a courtroom with rules of evidence, and there is no penalty for intentionally lying.

In Racine County, Wisconsin’s fifth most populous, Sheriff Christopher Schmaling, an elected Republican, and his deputy, Michael Luell, have gone on social media and held press conferences to claim that at least eight 2020 presidential ballots cast at a nursing home were fraudulent. They cite family members who said that their relatives were incompetent to vote. (Under Wisconsin law, only courts can revoke a voter’s registration for mental incompetence.)

The officers have said the ballots are indicative of a wider fraud and demanded a statewide investigation—impugning the 3.3 million ballots cast in the election. And they blamed the WEC for suspending a state law requiring special election deputies to assist voters in nursing homes. (These accusations ignore that the GOP-authored statute that created the WEC allows it to issue such directives. Election officials also conducted routine audits and recounts that affirmed the results, and Trump’s campaign didn’t seek a statewide recount.)

In normal times, the nursing home incident—if it occurred—would be handled proportionately. Police would press charges, which the sheriff has not pursued. Instead, Schmaling has said that the WEC’s commissioners (three Republicans, three Democrats) should be charged with felonies for violating a state law that required election deputies to assist voters in nursing homes. (After COVID-19’s outbreak, state health officials ordered all nursing homes closed to visitors.)

Josh Kaul, Wisconsin’s attorney general and a Democrat, has ignored the sheriffs’ call for prosecutions. But the Wisconsin assembly speaker, Republican Robin Vos, has not. Initially, Vos called for the WEC executive director to resign. Wolfe has not. More recently, Vos said felony charges are warranted. And there’s more.

In June, Vos, following the example set by Arizona’s pro-Trump Republicans, launched a 2020 election review, and appointed a retired Wisconsin Supreme Court justice, Michael Gableman, to lead it. In October, Gableman told reporters that he “doesn’t understand” how elections work. More recently, Gableman told legislators that he would pursue the issues raised by the Racine County sheriffs.

In November, one of Wisconsin’s U.S. senators, Ron Johnson, another pro-Trump Republican, cited the audit bureau report and said the legislature should ignore the governor and WEC and take over administering Wisconsin’s federal elections. This power-grabbing suggestion, however glib, is following Trump’s template for partisan propaganda, disinformation, and anti-democratic authoritarian rule.

“I want to stress this is not normal,” said David Becker, founder of the nonprofit, nonpartisan Center for Election Innovation and Research, which organized a letter in support of Wolfe signed by more than 50 bipartisan state election officials. “It is not normal for a sheriff, in a county, in a state, to hold a Facebook press conference about alleged election crimes and not follow up on them.”

“If there’s a legal law enforcement reason to suggest that there’s a crime, what would happen is there would be an arrest, and an arraignment or indictment and a prosecution. That is not happening in this case—and I think it’s pretty clear why,” said Becker, a former U.S. Justice Department Voting Section attorney. “It’s because these claims have no evidence to support them. A taxpayer-funded sheriff [is] doing this. An audit bureau, who, rather than going through its normal process and allowing for a review of procedures, [is] putting things out [that are] roughly timed with some other disinformation about the election in Wisconsin.”

Taken together, such history-denying and boundary-breaking behavior is tearing at the institutions and civil servants who try to uphold American democracy, he said.

“I think there’s no way to overstate the danger we’re in,” said Becker, whose nonprofit just conducted a poll finding that about two-thirds of the Republican electorate still believe that the 2020 election was stolen and there were problems with voting. “This is as dangerous a moment for American democracy as the Civil War and perhaps worse. We have a situation where a majority of one of our two major parties believes without any evidence that elections are stolen because they’re sincerely unhappy with the results.”

“There’s no one in the United States that hasn’t experienced a bitter electoral disappointment in the last five years or so,” Becker continued. “But elections matter, and they have consequences, and there’s always a winner and always a loser. And our system has always depended on people putting country over party, country over themselves.”

No End in Sight

The WEC sought to prevent a debacle in the fall by shifting to mailed-out ballots, which Trump’s allies also sought to block in court. No Republican legislator at the Joint Legislative Audit Committee’s November 9 hearing recited 2020’s troubled chronology. Instead, they attacked the WEC. Only Wolfe, several Democratic lawmakers and voter advocates called out the denials and revisionist history.

“What was the Elections Commission to do there—deprive the residents of the right to vote?” asked the Wisconsin Democracy Campaign’s Matt Rothschild, after the auditor chastised the WEC for helping nursing home voters without explicit legislative approval. “Not only was this the prudent thing to do, the [WEC] staff was in a legal bind because Gov. Evers and the Department of Health Services had declared a public health emergency prohibiting nonessential individuals from going to nursing homes and long-term care facilities.”

But history, facts, and prudence have no place among Wisconsin’s pro-Trump Republicans. On Monday, November 15, former Republican Lt. Gov. and 2022 gubernatorial candidate Rebecca Kleefisch sued the WEC to stop it from allowing municipal clerks to use ballot drop boxes, move polling places, and suspend the statute sending special election deputies into nursing homes.

“Wisconsinites are sick and tired of unelected bureaucrats intentionally ignoring the law,” Kleefisch said. “The lawsuit forces WEC to clean up their act prior to administering the 2022 election.”On Wednesday, November 17, Timothy S. Ramthun, a Republican assemblyman, proposed a resolution to decertify Wisconsin’s presidential election results. 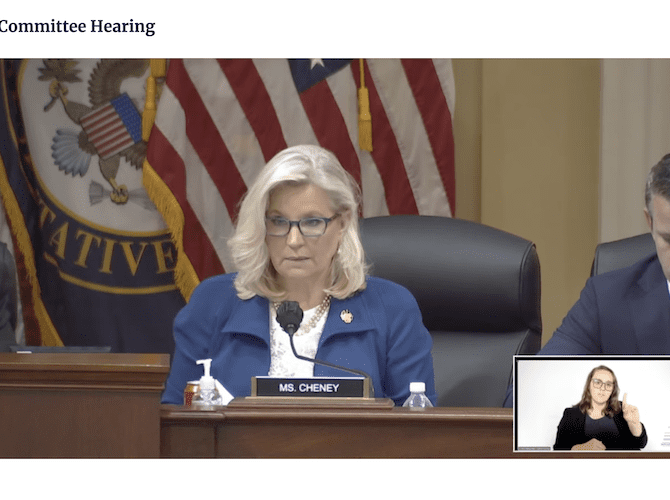 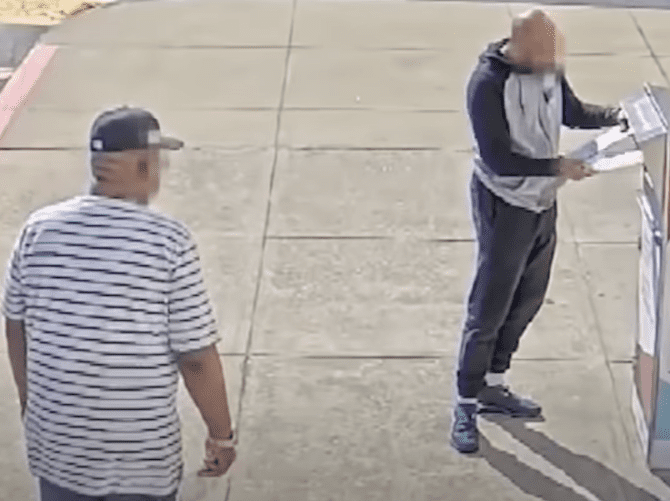 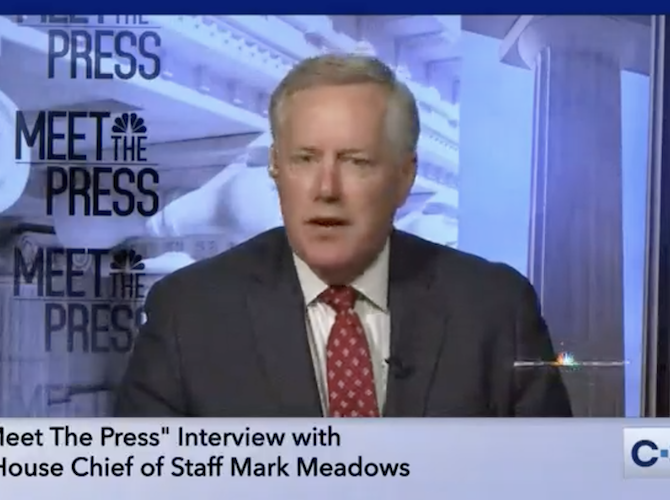 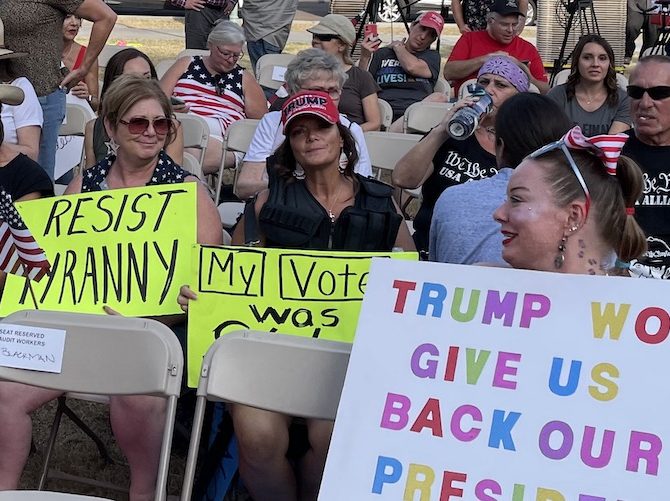