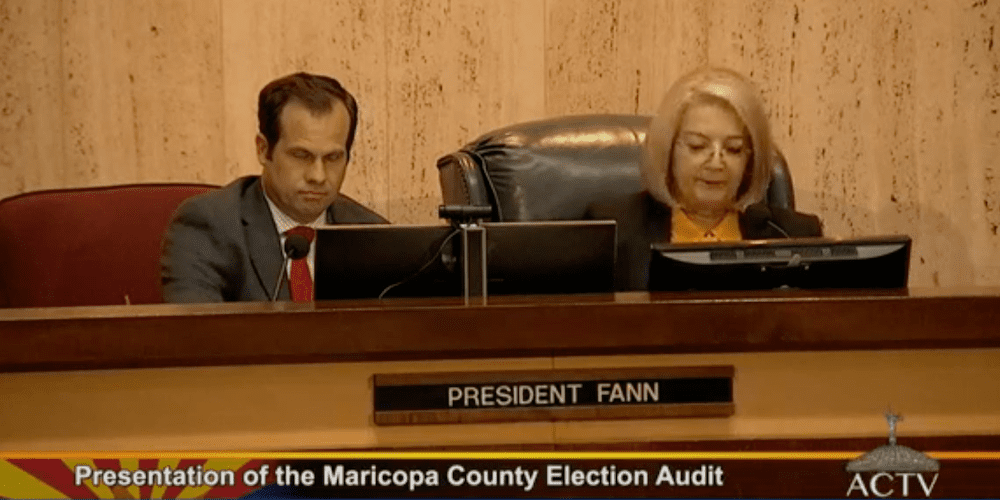 The election audit contract that Arizona’s state Senate leaders signed with the Cyber Ninjas in March 2021 never specified that the pro-Trump firm would produce a report that included a definitive recount of the votes in 2020’s presidential race. And as revealed by a close examination of the most detailed data released from the Senate review so far, the Cyber Ninjas’ recount is incomplete, inaccurate, and far from definitive.

The document containing the most detailed data, “Arizona Senate Maricopa County Election Audit: Machine Paper Ballot Count Report,” was prepared by Randall Pullen, former Arizona Republican Party chair and a former partner with Deloitte & Touche, a nationwide accounting firm. But an October 1 analysis by a bipartisan team of retired election auditors found the data set in Pullen’s report does not account for one-third of the ballots that were hand-counted. Moreover, a line-by-line comparison of the data in Pullen’s report with Maricopa County’s official records shows that nearly half of the figures are missing or wrong.

On September 24, the Cyber Ninjas-led team told the Arizona Senate that Joe Biden won the election in the state’s most populous county and gained 99 votes, while Donald Trump lost 261 votes. But their most detailed data presented does not account for nearly 16,000 hand-counted ballots, which is the basis of its reported presidential election results.

“What we are saying is that any discussion of the [presidential election] votes based on the hand counts is meaningless,” said Benny White, a lawyer, data analyst and longtime election observer for the Arizona Republican Party. “That’s our bold conclusion in this report.”

“We believe our worst fears have happened—the entire exercise in hand counting ballots on lazy Susans [rotating stands] for two months, was a hoax,” wrote Larry Moore, the founder and former CEO of Clear Ballot, in an October 1 blog on their latest findings.

The Senate’s comments since White and Moore released their analysis suggest that their investigators either did not reconcile all of their hand-count numbers, or perhaps never completed that vote count at all. Moreover, the Senate’s contract with the Cyber Ninjas anticipated that absence of precision.

Did the Political World Fall for Another Big Lie?

On Friday, September 24, the political world breathed a sigh of relief as the Cyber Ninjas and other pro-Trump subcontractors hired by the state Senate affirmed that Joe Biden had won the election in Maricopa County, home to Phoenix and two-thirds of Arizona voters. Not only had Biden won and gained votes, but the Cyber Ninjas reported that Trump had lost votes.

Their Senate Republican sponsors praised the contractors’ work and proclaimed that Arizona had set an example for other states to follow. A day later, Arizona Senate President Karen Fann issued a letter stressing the importance of the Cyber Ninjas’ findings that affirmed the officially reported election results. “This is the most important and encouraging finding of the audit… This finding therefore addresses the sharpest concerns about the integrity of the certified results in the 2020 general election.”

However, that claim of accuracy is undermined by another report to the Senate—not issued by the Cyber Ninjas, but by another team member, Pullen, the Senate co-liaison. That report, posted on the Senate Republican website, includes 17 pages of subtotals of five ways that the contractors sought to verify the total number of ballots.

Pullen’s report compares five attempts to track and count the number of ballots from 40 storage boxes delivered to the contractors (out of 1,631 boxes delivered by Maricopa County.) Under the column heading of “ballot count,” which refers to the two-month-long hand count that started in late April, Pullen’s report lists 32,674 hand-counted ballots. Under the column “machine count,” which refers to a tabulation on equipment purchased by the Senate in June to check the hand count’s results, a total of 48,366 ballots are listed.

In other words, the most detailed document released by the Senate’s team to date does not account for nearly one-third of the ballots used to recount and attest to the election’s results. Pullen’s presentation before the Senate on September 24 did not mention this discrepancy.

The outside auditors also compared ballot-count data in Pullen’s report with Maricopa County’s official election records—all are public documents—and found “the errors are numerous. Out of 260 count records included in the report, 124 records have some sort of error. This results in an error rate of 47.7 percent.”

“Having zero experience in election audits, the [Cyber] Ninjas[’] announcement that they had confirmed, to a high degree of accuracy, the election results of the second largest county in the country is, we believe, laughable,” Moore wrote on their blog. “The assertion that Trump had lost 261 votes was, we believe, a ‘shiny object’ designed to convey believability to an otherwise unbelievable hoax.”

The outside auditors shared their analysis with the Arizona Republic, which was the first news outlet to report the discrepancies. The paper’s October 1 report contained statements from Arizona Senate President Karen Fann and Pullen rejecting the outside auditors’ analysis.

“Are they saying Trump won?” Fann said, after calling the analysis “a lie that borders on inflammatory.”

“The Cyber Ninjas’ hand count was not completed before we did the machine count,” Pullen said in a written response to the paper. “They were in the process of checking their counts.”

Pullen’s comments suggest the Cyber Ninjas may have never finished their hand count, which was the only way that compiled vote totals from the presidential election.

The Arizona “audit” has triggered similar reviews of the 2020 presidential results in other states, including the presidential battlegrounds of Pennsylvania, Wisconsin, and Georgia, where pro-Trump legislators have been using the reviews in an effort to cast doubt on the accuracy of 2020’s results and return Trump to the presidency—by extra-constitutional means. In the summer of 2021, Trump assured his base that he would return to office by August.

The outside auditors’ October 1 blog includes the timelines and difficulties facing the Senate’s 2020 election review team, which included the Cyber Ninjas and Pullen. They concluded that Fann allowed the Cyber Ninjas, the lead contractor, to create a made-for-media spectacle that had no ability to achieve its stated goal—assess the accuracy of 2020’s election—but instead fueled a months-long narrative used by Trump’s base to try to return him to office.

There is plenty of evidence that Biden won Arizona’s election, but it was not produced by the Cyber Ninjas. The outside auditors, using public election records, in August released a report about how nearly 60,000 ballots in Maricopa showed a majority of votes for Republicans but not for Trump. They included a map displaying the Phoenix suburbs where Republicans had rejected Trump.

However, there is a legal detail that fell outside the purview of the outside auditors’ most recent review of the Senate’s work. The contract signed in March between Fann and Cyber Ninjas CEO Doug Logan said the firm “will attempt to validate every area of the voting process,” including an “attempt to… count all ballots to determine the accuracy of all federal races.”

That language specifically does not require the Senate’s contractors to produce a definitive report. The contract goes further and directs that the “results from all phases are [to be] compared.” In other words, the omissions and errors found by the outside auditors in Pullen’s report satisfied a contract that never required a definitive election audit—regardless of the exercise’s stated goal from the Senate Republicans.

While lawyers may argue that the Senate’s investigators had a duty to count every vote, and their inexperience and fights with Maricopa County officials led to obstacles preventing a fuller accounting, the Senate’s contract with the Cyber Ninjas, nonetheless, anticipated a 2020 review without definitive results.

Thus, a review that failed to meet the standards of a professional election audit still achieved its pro-Trump political goal. It sparked copycat efforts that are underway in other battleground states, such as Georgia, Pennsylvania, and Wisconsin.

And it has fueled a nonstop disinformation campaign where Trump allies in state legislatures have used election integrity rhetoric to pass laws that complicate voting in battleground states—and, in Georgia, empowered a state board to overturn the popular vote results in future elections. 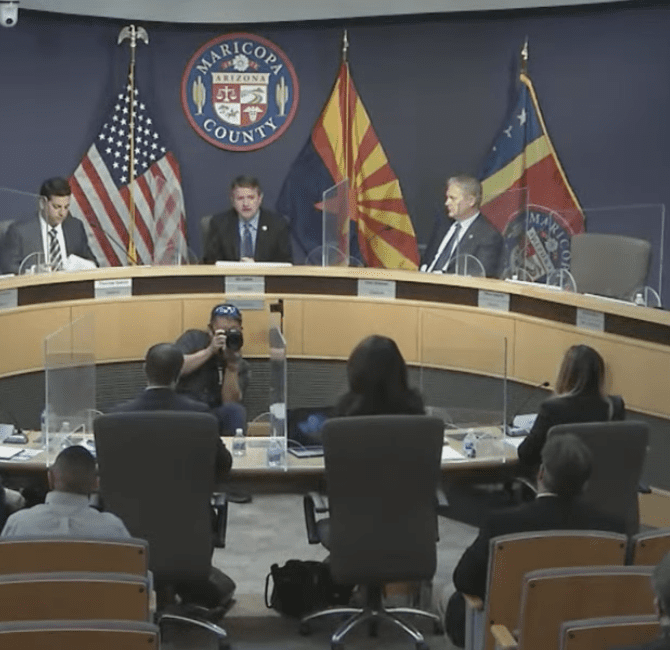 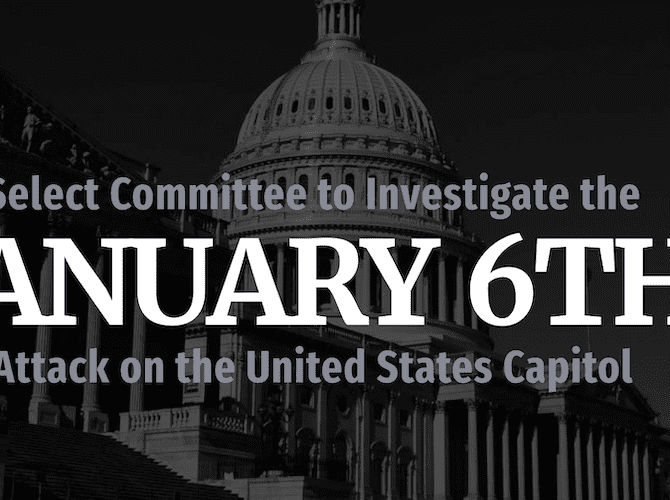 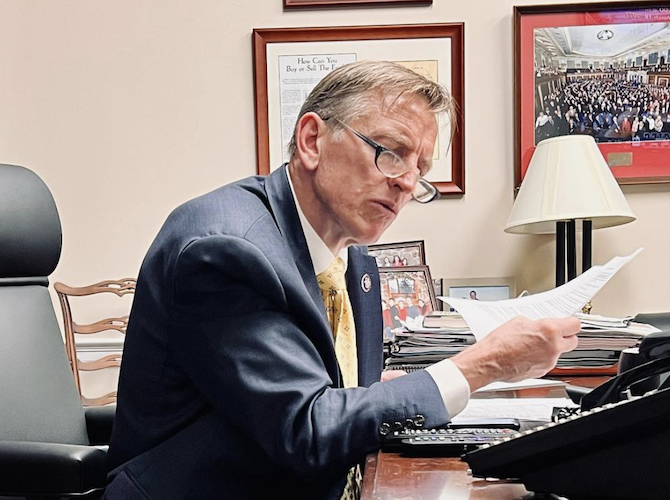 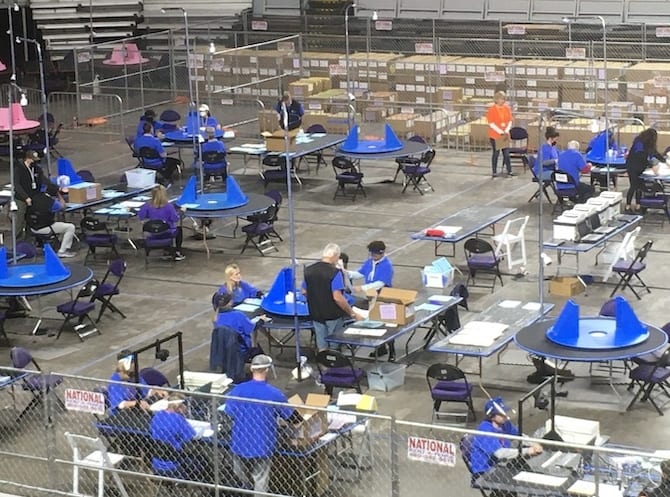