by Steven Rosenfeld May 20, 2020
ShareTwitterFacebookPinterest 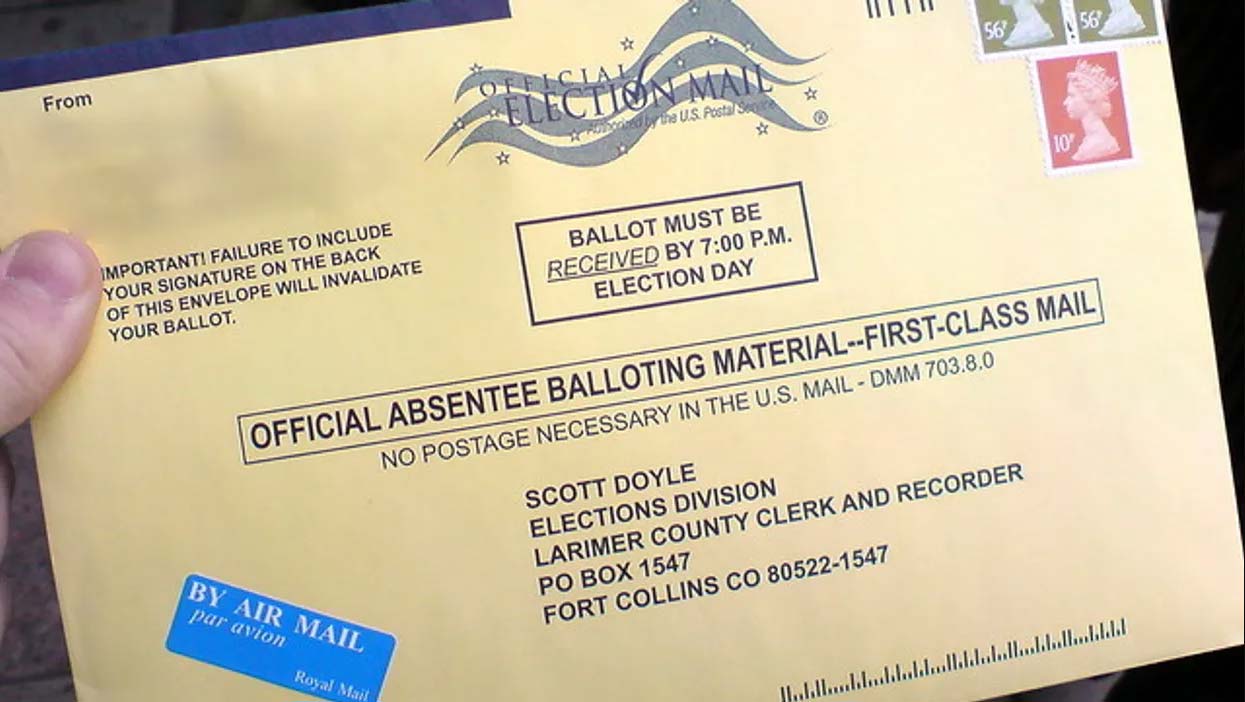 More than 30 statewide elections will be held in the 91 days from May 19 to August 18, previewing how unfamiliar or difficult absentee voting may be across America this fall.

The next big test is June 2, when eight states and the District of Columbia hold their presidential primaries. Despite President Trump’s claims that absentee voting cannot be trusted, red-run states (Indiana, Iowa, South Dakota) holding primaries that day have more experience with voting by mail and voters dropping off ballots at polling places than blue states and territories (Maryland, New Mexico, Pennsylvania, Rhode Island and D.C.). Only one state in this group, purple Montana, has held an election where most people voted absentee.

States are turning to absentee voting in response to the pandemic. But as the next wave of statewide contests nears, experts are beginning to worry about the capacity of many states to handle surges of mail-based voting—now and in the fall. April’s primaries in Wisconsin and Ohio were mostly mail-based elections that were beset with problems due to partisan factors and rapidly changing plans. Meanwhile, many election officials preparing for June 2 primaries are scrambling.

“Administrators have struggled to accommodate both the requests for and issuance of absentee ballots in a timely manner during low turnout primaries,” Christopher Thomas, Michigan’s former election director, and Matthew Weil, director of the Elections Project at the Bipartisan Policy Center (BPC), wrote in one of the few recent reports to assess voting in the pandemic. “During a high turnout general election, these [requests] are likely to overwhelm jurisdictions, causing huge delays in sending and subsequently counting absentee ballots.”

In 2018, 52 million people, or 43.2 percent of voters nationally, cast ballots outside of Election Day in-person options, the U.S. Election Assistance Commission said. In 2016’s presidential election, the figure was 57.2 million, the EAC said.

“Regardless of what policy changes are made, we predict that vote-by-mail ballots will represent more than half of all ballots cast in [the fall of] 2020,” the BPC authors said, “which would be at least a 190 percent increase over 2016.”

Precedents for the Fall?

In the next three months, starting with Idaho on May 19 and continuing to Florida on August 18, more than 30 states will be holding presidential primaries or other statewide elections. While many states have updated some aspects of their absentee voting rules, what is becoming clear is that most of these states are not likely to offer voting options that meet the best practices touted by elections experts.

How easy or hard mail-based voting will be varies by state. A few states automatically send voters ballots. Most states require voters to apply for an absentee ballot. That step has variables, such as providing IDs, who pays for postage and deadlines. On the receiving end, officials have to vet applicants and then send ballots. Ballots have to be returned on time with correctly filled-out envelopes or dropped off at polling places. Just like voters are checked into precincts, these envelopes have to be vetted before ballots are counted. These steps are laborious, even with technology that automates some of the processes.

The dividing line between less-prepared and better-prepared states does not always follow the map of red and blue states. While there is a split among some GOP-run states that are making absentee voting easier (ignoring President Trump’s rants that mail-based voting cannot be trusted) and states where partisan legislators are forcing state election officials to impose procedures that have confounded voters, the real dividing line is battleground and non-battleground states.

The most recent example of that contrast can be seen in Ohio and Nebraska, which held their primaries on April 28 and May 12, respectively. The rule-heavy process in Ohio resulted in 20 percent voter turnout, a historic low. Two weeks later, nearly 14 percent of all ballots had yet to be officially accounted for (see “Ballots Cast” tab). Nebraska, in contrast, loosened its rules and sent absentee ballot applications to all registered voters. It set a turnout record that was 14 percent higher than its prior record set during 1972’s primary. (In 2018, 24 percent of Nebraskans had voted absentee, underscoring its experience with mail-based elections.)

Looking to the 10 primaries on June 2, the assessments are not overly encouraging.

The National Vote at Home Institute (NVAHI), the leading national organization promoting mail-based voting, on May 14 issued a report assessing every state and the District of Columbia’s ability to meet best practices. On a one-to-five scale based on 30 variables in running mail-based elections, six of the nine places holding June 2 primaries received a low grade of two (Indiana, Iowa, Maryland, Pennsylvania, South Dakota and Washington, D.C.). Two states received a grade of three (New Mexico, Rhode Island) and one a grade of four (Montana).

The NVAHI report is a policy document. It strives for what it considers to be the ideal. As its experts said on a May 14 conference call, a successful vote-at-home election is glitch-free and boring. They cited Alaska’s trouble-free Democratic Party primary and Wisconsin’s problematic primary (for both parties), both held the same week in April, as counterpoints.

The contrast makes a broad point, but the two primaries were different in scale. Alaska’s party-run primary had 19,600 voters—all were sent mail-based ballots, while Wisconsin’s government-run primary had 1.55 million voters, who endured court fights, had to request absentee ballots or had to find an open polling place to vote.

Nonetheless, NVAHI has the difficult role of trying to advise state officials and lawmakers of what to do while encountering layers of resistance for adopting their preferred voting method: partisan opposition to expanded balloting, administrative challenges, budgetary constraints and little time to prepare for upcoming elections. Legislatures that haven’t looked at updating their voting rules or have not acted have left many election officials without clear rules or funds for voting this fall.

When asked for examples of progress, NVAHI’s responses revealed that elections evolve incrementally. For example, they said that Pennsylvania might adopt one of its suggestions, a tool that helps voters to track ballots in the mail like people track Amazon packages. Some Wisconsin counties were eyeing the same tool, NVAHI said. But that step, as helpful as it may be, was only one of the 12 “categories that we determined to be the foundation of a vote by mail system,” its assessment said.

Their other 11 foundational categories and concerns included: do voters need to give an excuse to obtain an absentee ballot—and does COVID-19 qualify? Does the state have good enough “data integrity” to mail all registered voters a ballot? Does it have online voter registration? Does it have online absentee ballot request forms, or must voters submit paper forms? Does the state pay for postage on ballot applications and ballot return envelopes? Does it have other return options, such as drop boxes? Do state deadlines allow for all of the processing—applying for, sending, receiving, vetting and counting ballots—to be completed? Does the state have a uniform signature verification process (before taking ballots out of envelopes)? Does it have processes to allow voters to fix mistakes? Does it count ballots postmarked on Election Day that arrive later? Does it mail ballots to voters?

In a report prepared for the Wisconsin Election Commission’s May 20 meeting, statewide administrators said that 120,989 ballots—9.3 percent of the 1.3 million ballots sent to voters for April’s primary—were not returned or counted. That figure was lower than the national non-return rate of mail-based ballots in 2018, according to the U.S. Election Assistance Commission.

Standing up absentee voting systems is more complex than debuting a new voting machine. NVAHI’s list also was not the full picture of what awaits voters. Other national groups, such as the Lawyers’ Committee for Civil Rights Under Law, have compiled charts with every state’s voter registration and absentee balloting laws, applications and filing deadlines. Some of these rules are the subject of more than two-dozen federal lawsuits by the Democratic Party, which seeks to reverse or suspend pre-COVID-19 requirements such as that an absentee ballot envelope must have a witness signature or be notarized.

Voting rights activists also look at the emerging absentee voting landscape differently than policy experts. Instead of seeing what needs to be done to have a functional process, advocates such as Progressive Democrats of America and Advancement Project, a civil rights law group, have been discussing what can go wrong for voters—and how to educate voters so that they can vote and their ballots count.

These discussions have identified voter information that is not readily available. For example, Voting Booth has yet to find a table of which states allow people to register to vote and to receive an absentee ballot at the same time. (In most states, one has to register first, wait until they are added to voter rolls, and then apply for an absentee ballot; all of which cannot be done at the last minute.)

Grassroots groups are also scrambling to compile state-by-state advice on what to tell voters to do if they have applied for an absentee ballot and it does not arrive. Must they go to a polling place and vote with a provisional ballot? Those ballots are the last to be counted and are rarely audited when assessing vote count accuracy.

In short, most stakeholders—voters, advocacy groups and election officials—are scrambling to stand up new systems and fill in the blanks. Against this backdrop, the Bipartisan Policy Center report subtly suggested that many states might not have the ability to accommodate a surge in absentee voting.

“States that choose to push more voters toward this option must address policy, implementation, and capacity issues on an extraordinarily short timeline,” Thomas and Weil wrote for BPC. “Regardless of what decisions are made, we strongly believe by November there will be high voter interest in the presidential election; voting by mail will likely represent well over half the ballots cast; and some amount of Election Day voting will continue but may be very different than normal.” 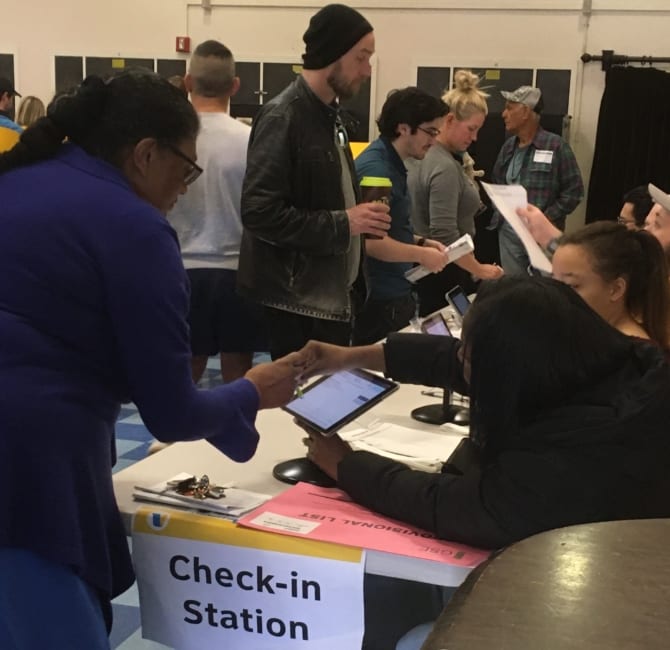 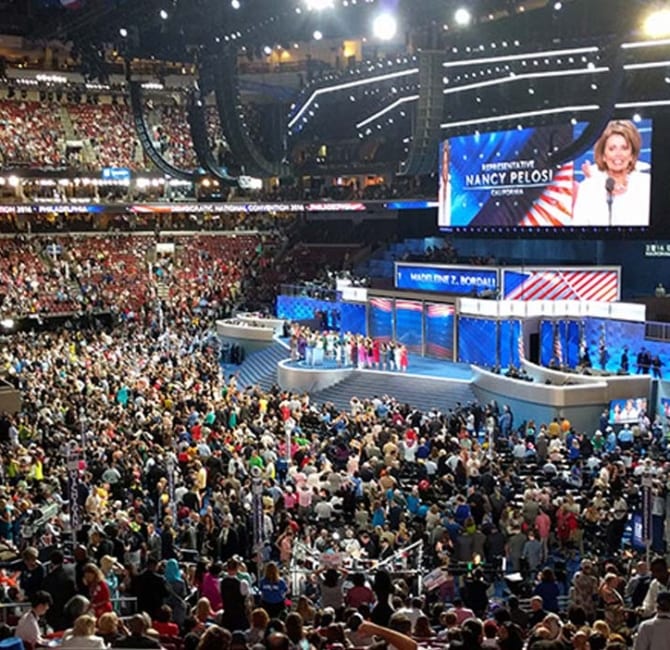 DNC Rules Chair: How the 2020 Caucuses Could Change 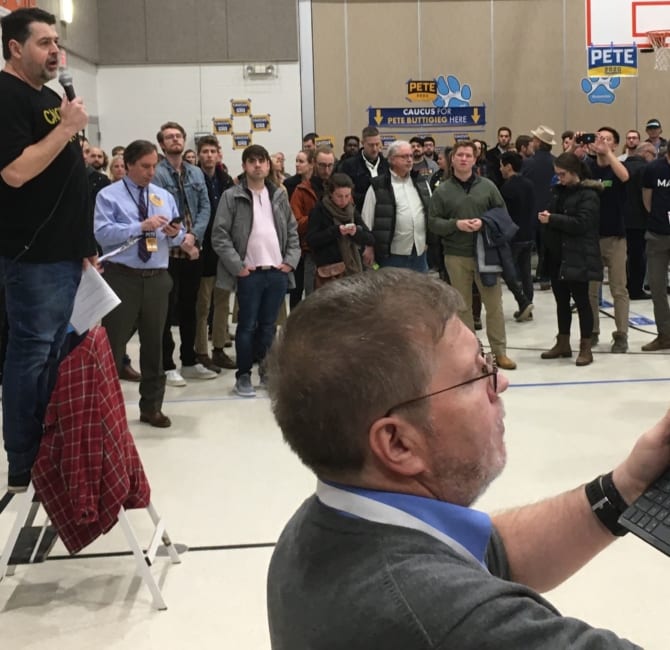 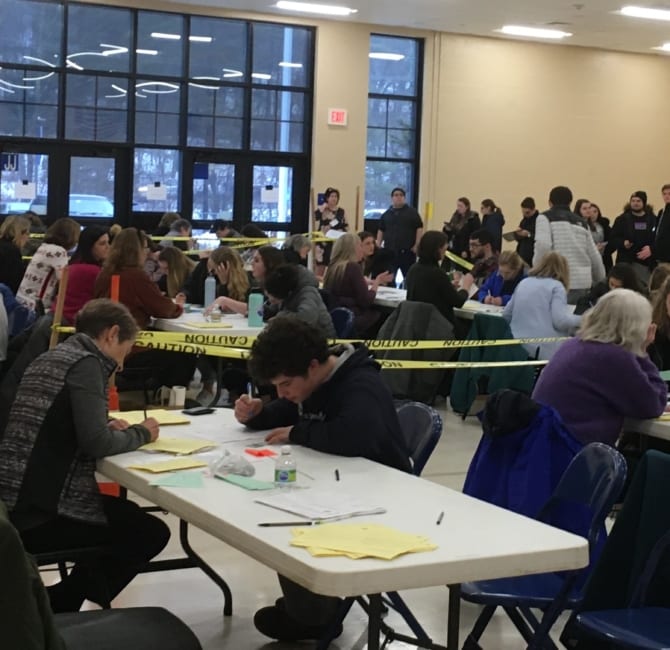