Why We Can Expect More Voting Machine Headaches in 2020 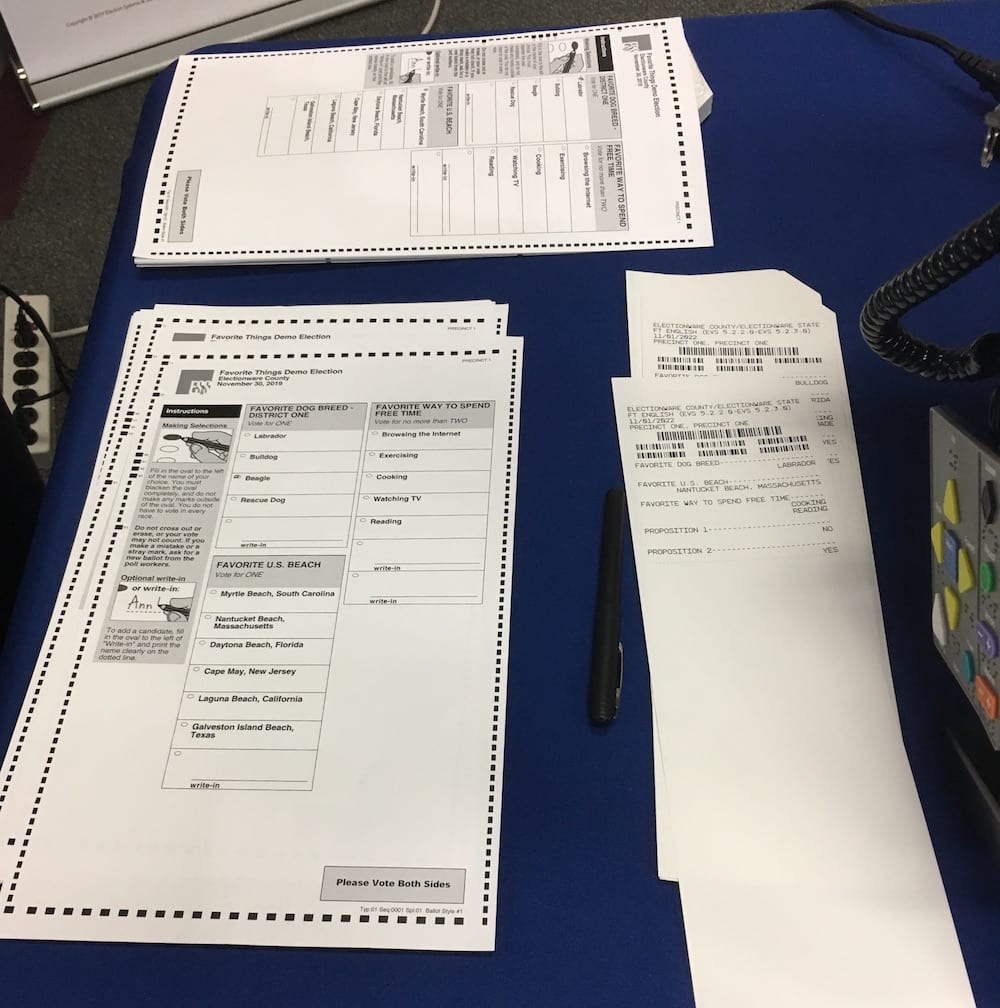 Still-incomplete explanations of problematic aspects of new voting systems that debuted in November 2019 and will be used in 2020 suggest that voters will likely see random delays in voting and vote counting during next year’s presidential primaries and fall election.

The new voting systems were being tested or deployed in advance of 2020. While the machinery did not widely fail across all jurisdictions, there were diverse and serious problems that could undermine public trust if they recur in 2020. However, the official responses, thus far, have not been reassuring.

Take Georgia, for example. There, new systems were tested in nine counties on November 5 before statewide use in 2020’s primaries. In four counties, the start of voting was delayed by more than one hour, according to a secretary of state summary that mostly blamed the users, but not the technology. The users would be poll workers and other officials (who underwent training) and private contractors who program the system checking in voters.

The opening of the polls is one of the busiest times at polling places, when people come to vote on their way to work.

“We had 45 incidents out of 27,482 votes or an incident rate of 0.164 percent,” the secretary of state’s report summary said. “Nearly all issues were caused by human error or interaction which can be mitigated through training or identified through testing.”

That statistical assessment is breezy. The report’s fine print describes poll openings delayed by an hour, but does not say how many voters were kept waiting. The apparent reason was that the electronic poll book system had “an additional field within the dataset erroneously.” If that analysis is correct, that is an amateur programming error. The report said that private vendors used Wi-Fi to access and reprogram it. But that wasn’t the only problem.

On Election Day, the heart of the new voting system, the touch screen balloting unit from Dominion, a voting system vendor, “rebooted”—or turned itself off and back on—“while [the] voter was at the touchscreen” in several precincts, the report said. In other examples given, a computerized card that is given to voters as they check in and tells the touch screen which ballot to bring up either didn’t work or caused voters to be “given incorrect ballots.”

Georgia arguably was the least voter-friendly state in 2018, as recounted by the sweeping federal lawsuit filed by allies of Democratic gubernatorial candidate Stacey Abrams that listed a catalog of bureaucratic hurdles and procedural snafus. While Abrams lost that race to Republican Secretary of State Brian Kemp, Georgia is seen as a potential 2020 swing state.

While it may be true that human-made programming and testing errors were to blame, what is clear is that the debut of a new system to be used statewide next year has technical bugs that will interfere at prime time with the voting process. The voter turnout in Georgia’s nine test counties was 15 percent or less. Next year it could easily quadruple in primaries and the fall election. The voting process, due to no fault of the voters, may be arduous, unpredictable and delay-filled.

Another 2020 swing state—and one that will be critical to the presidential election result—is Pennsylvania. There, a number of urban and suburban counties debuted the ExpressVote XL ballot-marking system from Elections Software and Systems (ES&S), which is the nation’s largest voting machine vendor. What unfolded in Northampton County and Philadelphia pointed to different issues where public explanations thus far have not explained what went wrong.

On November 5, there were problems with ES&S’s touch screens being either too sensitive, meaning that the slightest touch—or clothes or paper brushing by—registered unintended votes. There were other cases where the touch screens were not sufficiently sensitive and did not record votes despite voters firmly pressing the screen, said Citizens for Better Elections’ chief technologist Kevin Skoglund.

There were also problems with voters verifying ballots, he said. The ExpressVote XL prints a ballot summary card (the size of a sheet of legal paper folded in half) for the voter to review and approve before submitting it. But it presents that summary under a glass cover. Skoglund said that it was hard for voters to see because it used a small font size. The physical height and poor lighting in some polling places compounded that difficulty, he said.

“Those were the first problems that the voters were experiencing,” he said, before turning to problems that surfaced in Northampton County in eastern Pennsylvania.

“At the close of the polls, they realized they had a big problem,” Skoglund said. “That’s when they realized they had some races that had zero votes in them. And that’s unlikely in any contest but especially when you have straight party voting. You press one button and vote for all Democrats, for example. You expect that some people showed up and did that [voted straight party tickets].”

The absence of any recorded votes occurred in a half-dozen races where more than one political party nominates the same candidate—such as for judge.

On election night, county officials scrambled to retrieve all of the printed ballot summary cards from the polls and brought them to one location. There they used other ES&S high-speed scanners (including some brought in from other counties and nearby New Jersey) to recount everything. They finished recounting before sunrise the next day. Since then, there has been much heat and little light.

Northampton County Executive Lamont McClure was unsparing in his criticism of ES&S—after spending several million dollars on the new machinery—starting with a press conference after being up all night. County officials have been waiting for ES&S to tell them why their wares failed. Some county council members and citizens have demanded refunds, although other local officials have defended ES&S and said the problems would be identified and solved.

McClure has not responded to Voting Booth’s request for comment.

Skoglund and others have called on the state to decertify the ExpressVote XL—meaning it could not be used in 2020. On November 25, the Green Party filed a motion in federal court calling for that remedy, citing a settlement with the state following its incomplete and fraught 2016 presidential recount. The crux of the Green Party’s argument is the ES&S device uses barcode printouts to record and count votes, which cannot be read—and thus verified—by voters.

The Green Party’s legal challenge is part of a wider campaign by election transparency activists to use human-marked paper ballots as a basis for more trustable and verifiable elections—especially if post-Election Day challenges and recounts occur. However, the voting machine industry increasingly has pushed computer-printed ballot summaries as the new official election record. A computer printout removes the human element from ballot records, just as it removes the possibility for juries—in this case, local boards in challenges and recounts—to assess voter intent if ballots are sloppily marked (or misread by scanners).

States like Pennsylvania have tried to counter such criticisms by instituting a new form of vote-counting audit before the results are officially certified. Progressive election groups including Verified Voting, Common Cause and the Brennan Center at New York University Law School have promoted that process, called a risk-limiting audit (RLA). It uses a statistical method to estimate with 95 percent accuracy that the initially reported results are correct.

But while the state has recently touted its use of RLAs in the November 2019 election, local election integrity activists said that exercise in Philadelphia was a sham because the city maintained loose controls over its voted ballots.

As Rich Garella of Protect Our Vote Philly documented in a November 20 report that included photos that he took of unguarded and easily accessible boxes of ballots, one cannot estimate statistical accuracy if the inventory is incomplete, sloppy or questionable. (Garella literally walked into rooms with thousands of unvoted ballots in boxes near unlocked doors left piled on desks.)

“The Philadelphia Board of Elections failed to control blank ballot card inventory, failed to secure voting equipment and failed to guarantee the security of the voted ballots in the November 5 election,” his report began. “Therefore Thursday’s “risk-limiting audit” will not be able to confirm that the election results correctly reflect the intent of the voters.”

In other words, whether at the starting line of Election Day—opening the polls for people headed to work—or with the performance of new machines used by voters, or with the counting at the finish line in complex races, or in the results-auditing process, there are a series of new problems tied to new devices and protocols.

Whether these issues get addressed and solved before 2020’s high-stakes elections unfold is anybody’s guess. But if you look at the available signs this far, the forecast for 2020 is not exactly reassuring. At the very least, voters may randomly face all kinds of delays, which will not likely boost confidence in outcomes if their candidates or party doesn’t win. 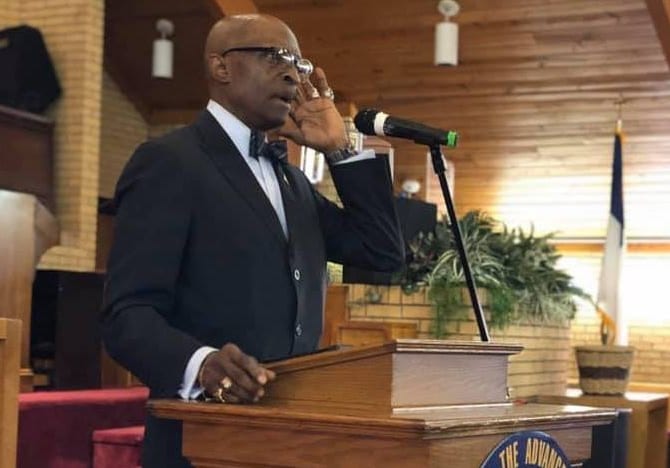 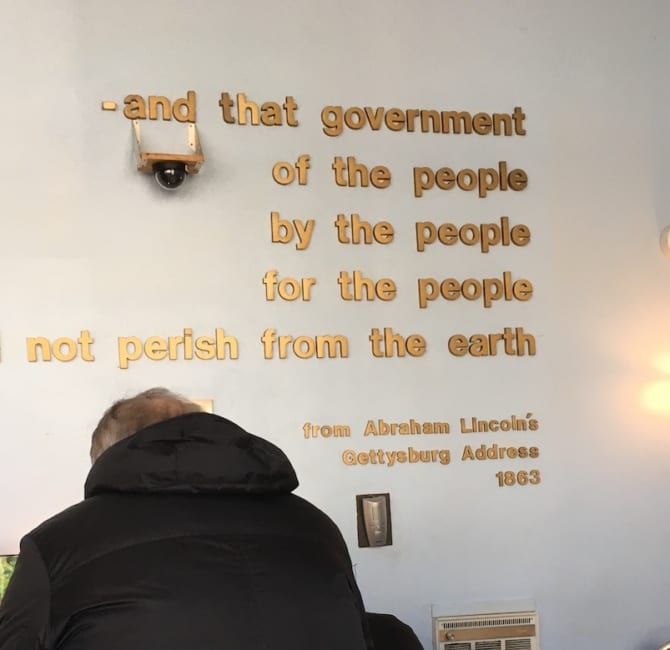 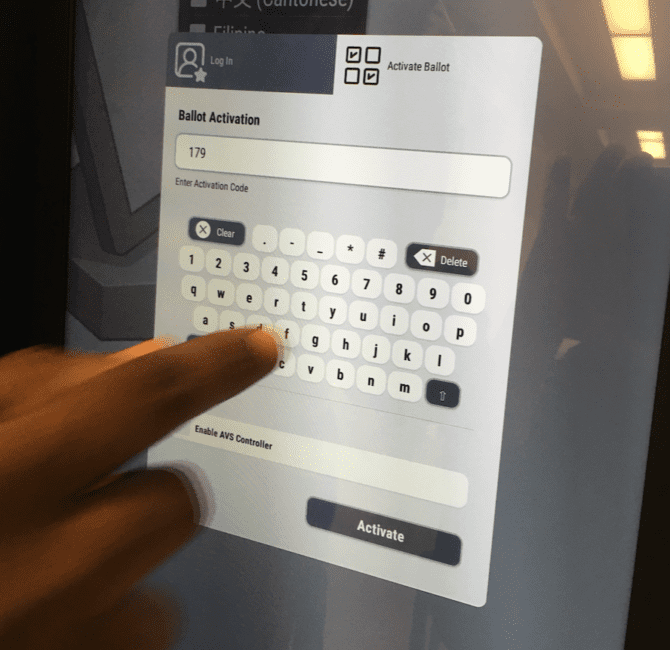 Why Over 130,000 New Voting Machines Could Lead to More Distrust in U.S. Elections 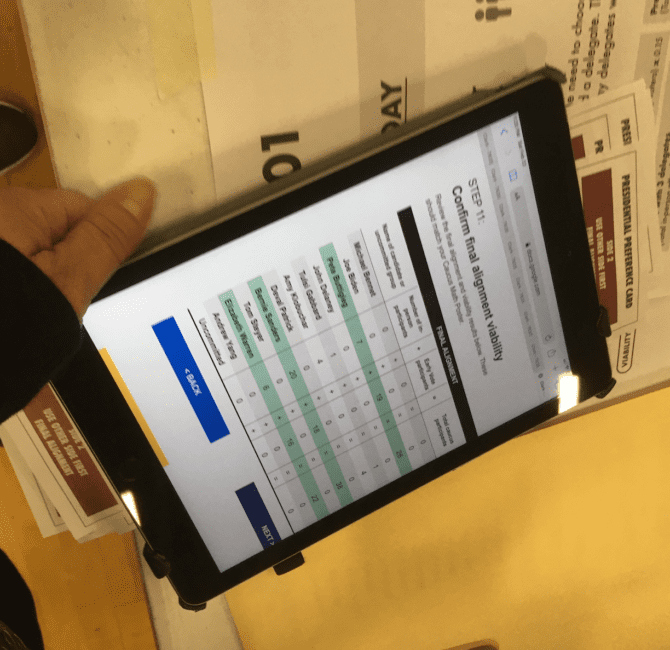