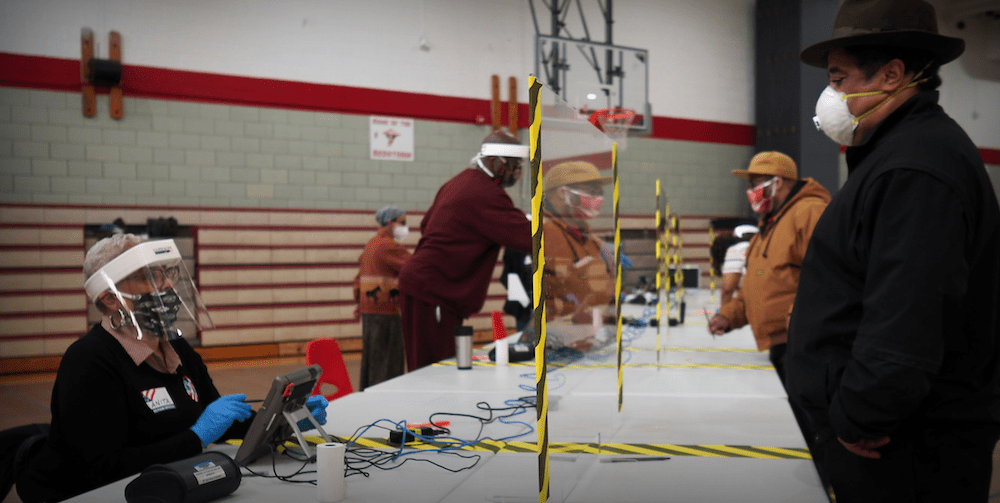 (Editor’s Note: Phil Keisling served as Oregon Secretary of State from 1991-99. The opinions and observations are solely his own views, and he takes full responsibility for any errors of fact, not to mention any predictions that prove wildly inaccurate!”)

During much of 2020, I’ve been promoting efforts to expand voter access to mailed out ballots, and to encourage states to adopt the “Vote at Home” model pioneered by Oregon, Colorado, and Washington, where 100% of active registered voters are automatically mailed their ballots.

Largely due to the Covid-19 pandemic, 92 million voters this year received mailed out ballots — compared to just 42 million in 2016.

Some of you have asked what all this might mean for tonight’s election. How — and even whether — will  these votes will be counted? How might the vote tallies tonight (and even later this week) change as votes are processed, counted and announced in key states’ widely varying election systems? So I thought I might share a few brief thoughts, which I’ve distilled into three categories:

I. The Three Things I’m guardedly Optimistic About

1) Record shattering turnout. Through Monday, more than 100 million votes had already been cast in the 50 states. If only 53 million additional voters show up at today’s polling places, the turnout of eligible citizens will be 64%. While this would still mean over 80  million non-voters, it would be far higher than the 139 million (60% of eligibles) who voted in 2016 – and make this the highest turnout election since the “only men eligible” contest of 1908.

I think the data suggests turnout could go even higher, perhaps closer to 160 million. And it’s not irrelevant that there will be sunny skies and mid-50s and higher temperatures in almost every key battleground state today.

Of course, what ultimately matters in the presidential contest is how these and other key groups end up voting in key Electoral College states.

3) (Relatively) Empty polling places. So many voters have already cast their votes, either with  mailed out ballots or through EIPV voting, that even with 60 million Election Day voters, most polling places will have far less foot traffic than is typical. This should translate into generally shorter lines – assuming no major voting equipment failures!

This has two potential implications. While Election Day voters will clearly break in Trump’s favor –as his supporters largely bought into his anti-mail voting tirades – in some key states there may simply be too few Election Day voters to overcome the large leads Democrats have already racked up in the pre-Election Day votes. (Millions of mailed out ballots will also be returned on Election Day, deposited at Election Offices, in drop boxes, and even (where allowed) at polling places).

Second, the Republicans’ “Get out the Vote” (GOTV) efforts on Election Day will need to focus far more on simply ensuring that their “base” voters actually get to the polls today. This year, Democrats have the relative “luxuries” of being able to target far fewer of their base voters – and focus more on “lower propensity” voters that otherwise might not have voted at all.

II. What I Don’t Worry (Much) About

1) The “Red Mirage” problem. In 3 key battleground states — Wisconsin, Pennsylvania, and Michigan — Republican state legislators ignored the pleas of local election officials and refused to allow the tallying of most mail ballots until Election Day. This has led to high anxiety that as the Election Day polling place votes are announced on Election Night, Trump’s dominance among these voters will give him a clear, but artificially large, lead – that he’ll then use as a pretext to declare himself the winner based on a partial count of the legally cast votes.

While not implausible, such scenarios should be seen as relatively low probability once one understands the actual mechanics of how mailed out (and received) ballots are handled in these (and all other) states. It’s the processing of received mailed-out ballots — validating them for such things as signatures on the return envelope; taking the actual ballots out of the envelopes, etc — that’s the potential bottleneck here. The actual counting of the ballots goes very quickly, as they’re typically run through relatively inexpensive, high-speed ballot counting machines.

Election officials in these three key states learned some important lessons from their “slow count” experiences in their earlier primary contests.  Especially in the larger, predominantly Democratic counties, they’ve worked to implement better processes, and hired and trained hundreds of workers to start processing ballots beginning early today. (In Michigan, the bigger counties were given an extra 24 hours, so they could start yesterday).

Some of these counties also installed high speed processing equipment to greatly speed their processing tasks. And in closely-fought Pennsylvania, election officials need only verify the existence of a voter’s signature, rather than take the time to match it against voter registration records.

The bottom line: even in these 3 states, many – and perhaps even more than half — of mailed ballots will be counted in time (by poll closing) to be reflected in the initial results announced in these three battleground states. While an announced tally that includes 90% or more of received mail ballots may not be possible by noon on Wednesday – though it might happen in Wisconsin —  it’s likely to be the case within 24-48 hours of the polls closing tonight.

Only if a contest is exceedingly close — e.g., 50.4% to 49.6% — might Election Night stretch well into “Election Week” to resolve who seems to have won. And since an even closer, razor-thin contest –and one which could determine the Presidency and/or control of the U.S. Senate —  would likely lead to a recount, that would likely take until December to officially resolve. And that could happen, even in a normal year, in a state where virtually no mail ballots were involved.

A second  reason I’m less concerned about the “Red mirage” problem: “Blue mirages” may be even more common in the initial returns tonight.

In these states, the initial tranche of announced results will disproportionately include these already cast ballots. That will likely give  Biden and other Democrats an artificially large lead in some states. (Pay close attention to Iowa, North Carolina, and Texas, in this regard).  Those leads will then shrink as Election Day polling place votes come in – and perhaps disappear altogether.

They key in all these states is to temper both hopes and fears until it’s generally clear how many total votes were actually cast in a key state — i.e, early votes plus Election Day ballots – so that any predictions or projections can be judged accordingly. “Just how many cast ballots aren’t reflected in current totals? What types of ballots – and from where – are they?” are two of the key questions we should all be asking as we follow the returns.

2). “The “Halt the Election” scenario. I’m admittedly not an attorney, but speaking as a former state election official, I think the legal theory that would back up any Trump demand to “stop the count” on Election Night is utterly laughable. No responsible jurist should give it the time of day.

Candidate victory declarations and concessions — not to mention journalists’ pronouncements — are utterly irrelevant as to when an election is “decided.” All 50 states have laws that provide for official certification of final results, typically 15-30 days after November 3rd, to ensure all ballots properly voted are counted. (Many of these late-arriving ballots come from overseas military personnel, incidentally).

Serious journalists could do all of us a favor by simply ignoring the reckless utterings by Trump and others of such nonsense.

III. My One (Lingering) Worry

Even with a remarkable advantage in 2020, I do worry that my fellow Democrats (yet again) will fall far short in today’s key “Get Out the Vote” GOTV efforts, allowing today’s Election Day voters to prove even more skewed towards the Republican side than expected. Trump is expected to carry many counties by 2:1 or even 4:1 margins among Election Day voters. What might the cumulative effect be if turnout in these precincts isn’t a record-high 80% of registered voters, but more like 90% or higher?

As noted earlier, Democrats before have convinced far more of their base voters to cast ballots prior to Election Day. Their remaining “universe” of base voters to turn out is thus far smaller than the Republicans’. On Election Day, this should allow Democrats in key battleground states to concentrate far more on “lower propensity” voters likely to break their way– a group that’s disproportionately composed of younger, minority, and non-affiliated voters than the general electorate.

Will the D’s GOTV ground game – certainly made more complicated with Covid-19 – manage to motivate not just the bulk of their remaining, identified supporters, but reach deep into the ranks of those voters who might simply vote out of a  “Biden sucks less than Trump” worldview? Over the decades, I’ve too often seen Democrats (more than Republicans) put too little time and effort into voters if they’re not sufficiently sure they’re true supporters.

When all the election dust finally settles, an “anti-Trump” vote can be just as good as an enthusiastic Biden vote. And even if millions of voters end up leaving a blank spot on the presidential line, each of those ballots cast is still a “net gain” for record voter turnout – and American democracy. 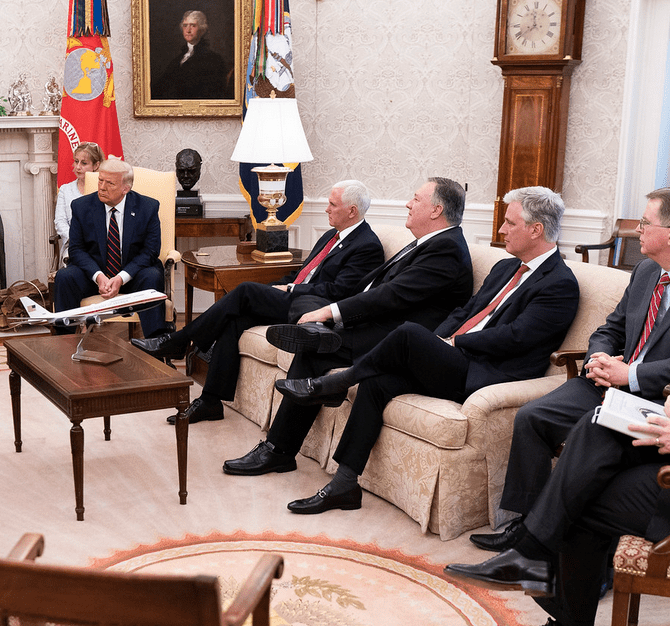 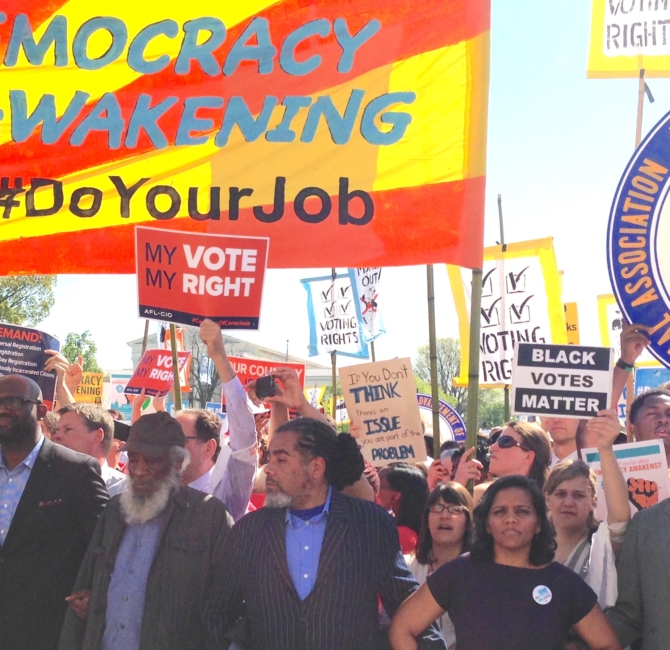 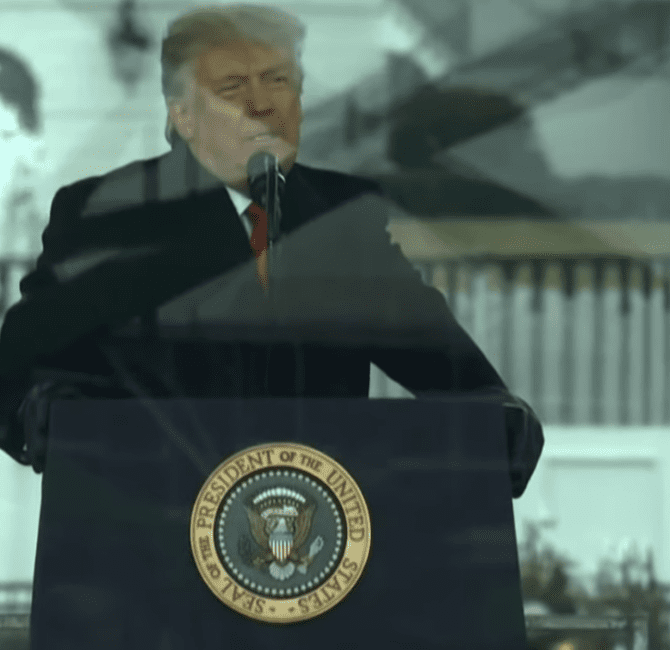 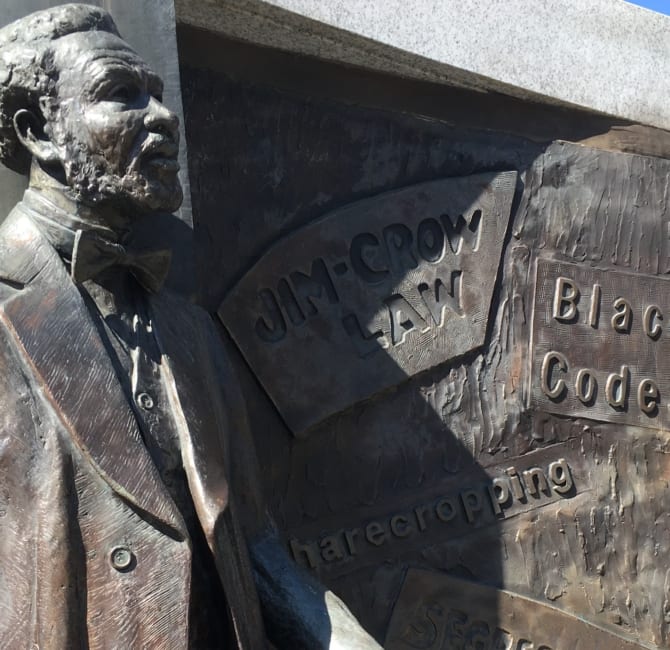