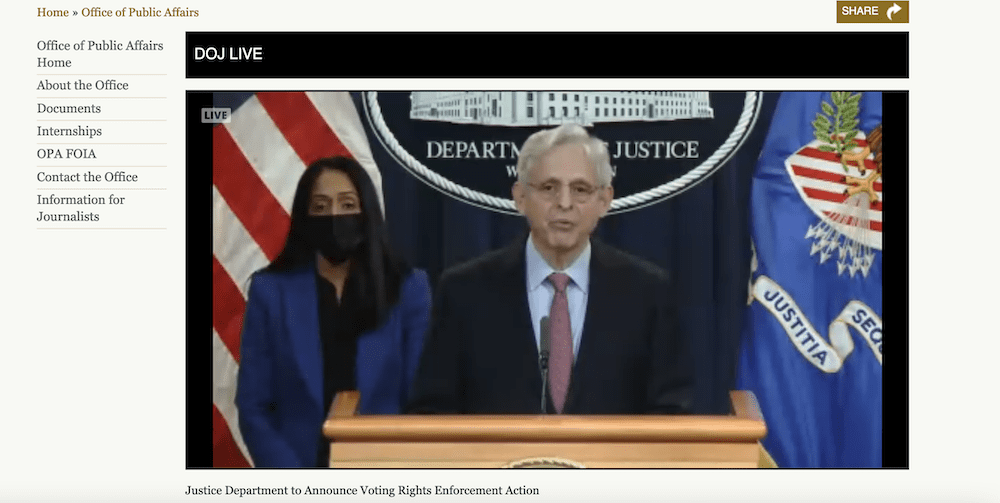 On December 6, the U.S. Department of Justice sued Texas for the second time in 2021 under the Voting Rights Act of 1965. This lawsuit was for drawing congressional and state legislative districts following the 2020 census that “refused to recognize the state’s growing minority electorate.” In other words, districts intended to impede candidates of color.

In November, the DOJ sued Texas after the adoption of 2021’s Senate Bill 1, which restricted voting options for people with disabilities—which also clashed with the Voting Rights Act (VRA). The new Texas law also canceled an absentee ballot if a voter did not properly fill out their ballot return envelope. That clerical “error or omission” was “not material in determining” a voter’s eligibility and rejecting ballots, the DOJ argued, citing the Civil Rights Act of 1964.

The Texas lawsuits represent an emerging Justice Department strategy to defend voting rights using as wide a palette of federal authority as possible. But the DOJ also is acting under statutes that have been weakened by the Supreme Court and against a backdrop where former President Donald Trump and many Republicans, including state and federal legislators, keep attacking 2020’s election—which, in some high-profile instances, are beyond the DOJ’s authority to intervene.

“Generally, only federal involvement or actions protect voting rights,” said David Schultz, a Hamline University constitutional scholar specializing in presidential elections. “All major expansions or protections of voting rights come only when the national government steps in. We are now in the middle of the second great disenfranchisement in American history, with the first being after Reconstruction ended [following the Civil War].”

Many voting rights advocates have been frustrated that the DOJ has not been more aggressive, just as they have been frustrated that the U.S. Senate has not passed legislation to counter the historic assault. Yet the Biden administration appears to be building a foundation for upholding voting rights given its tools. Today, that means issuing warnings and suing states rather than overruling egregious laws and rules, which the Supreme Court ruled was unconstitutional in 2013.

Consider the escalating attacks by legislators and county sheriffs in Wisconsin on the Wisconsin Elections Commission (created by GOP lawmakers in 2015) and on local officials in Madison and Green Bay, two Democratic epicenters. So far, what appears to many observers as abuses of power by elected officials are outside of the DOJ’s reach, because, scholars say, they involve state-level politics and have not yet hurt voters or violated federal law.

“The Justice Department, as you know, has a certain set of tools available to it—and those tools don’t necessarily reach all of the things that people are concerned about or might be concerned about,” said Rick Pildes, a New York University School of Law constitutional scholar.

Despite these constraints, Biden’s DOJ is strategically pushing ahead.

The first signs of the administration’s voting rights enforcement priorities emerged in spring of 2021. In May, the DOJ wrote a letter to the Arizona state Senate to warn that its partisan contractors conducting a Senate-sponsored post-2020 election review could violate federal law on preserving election records and intimidating voters. (No lawsuit followed. However, in late July the DOJ issued a “guidance” document on the reviews, which haven’t advanced as far in other states.)

In June, Attorney General Merrick Garland gave the first of several speeches stating the DOJ’s commitment to voting rights. He launched a task force to combat criminal threats to election officials, and filed the DOJ’s first major voting rights lawsuit against Georgia for its passage of 2021’s SB 202, a massive bill that was hastily drafted and passed by its GOP majority after the 2020 election.

The DOJ’s suit alleged that Georgia’s Republican legislature intentionally created SB 202 with a racially discriminatory purpose—to “deny or abridge” Black voters after Democrats won its 2020 presidential and U.S. Senate elections. The new law was illegal under Section 2 of the VRA that barred intentional raced-based discrimination in elections, the DOJ suit said. It also violated the 14th and 15th Amendments to the U.S. Constitution, the suit said.

It is important to note what the DOJ’s complaint did and did not do. The VRA’s Section 2 also allows the DOJ to sue when new laws or rules have a racially discriminatory effect or result. But the DOJ’s lawsuit sought to stop aspects of SB 202 before they would impact its first election cycle—not after those effects were seen.

“It’s really quite remarkable to see the Justice Department declined to invoke the results test in Section 2,” he said. “I think that’s clearly out of concern that the Supreme Court might well cut back on the scope of Section 2 [if an appeal of a more broadly drawn suit, challenging both race-based intentions and race-based results, ended up before the court].”

Several days after the DOJ sued Georgia, that narrower strategy appeared prescient when the Supreme Court issued a ruling in a lawsuit brought by the Democratic National Committee that undermined Section 2’s result tests.

In July, the DOJ issued a “guidance” document that laid out its premise for suing to protect “methods of voting” under the VRA and U.S. Constitution, and previewed arguments it would make. That guidance anticipated the DOJ’s first lawsuit against Texas in November—in response to a new law allegedly foreclosing voting options for voters with disabilities, and also rejecting any absentee ballot return envelope that wasn’t filled out properly. The DOJ cited the VRA’s protection of voters with disabilities and contended that a little-used part of the 1964 Civil Rights Act barred disqualifying otherwise legal ballots for a voter’s mistakes on envelopes.

In late July, the DOJ also issued guidance on the conduct of post-election audits, where it noted that federal election records requirements included public officials preserving and maintaining custody of all election records—paper and digital—and reiterated voter intimidation law. (It has not yet sued here; by the time the guidance was issued, Arizona’s post-2020 review was largely completed.) In September, the DOJ issued guidance concerning redistricting that anticipated the December 6 lawsuit against Texas.

“I hope that my remarks provide you a sense of the seriousness and care the Civil Rights Division devotes to ensuring that districting maps comply with the Voting Rights Act,” Assistant Attorney General Kristen Clarke told the National Conference of State Legislatures’ Legislative Summit on November 4, where she explained the DOJ’s standards weeks before suing Texas for its 2021 redistricting.

“Our review of these maps will be thorough, fair and fact-based,” she said. “We hope that in this redistricting cycle, you, and other officials drawing those maps, produce plans that give citizens a full, fair, and equal opportunity to participate in the political process and elect representatives of their choice.”

These actions are the contours of an overall strategy to use the legal tools that remain available: issuing guidance on voting rights and election administration; sending letters to state legislators conducting post-2020 election audits noting that those inquiries might violate voter intimidation laws; filing “statements of interest” in lawsuits brought by voting rights groups; top officials giving speeches signaling where and why the DOJ is likely to sue; and then filing lawsuits.

These tools and arguments, as Clarke said, are built atop federal civil rights laws that have been upheld by the Supreme Court over the years, including by its current conservative majority. But top DOJ officials are well aware of the limitations of their authority.

“Earlier this year, I noted that this redistricting cycle would be the first to proceed since 1960 without the protection of preclearance,” Attorney General Merrick Garland said on December 6, announcing the Texas redistricting lawsuit, referring to the DOJ’s power before 2013 to overrule any new law or rule that rolled back voting rights. “I also said that the department would use all available authorities and resources to continue protecting the right to vote.”

In his remarks, Garland urged Congress to restore the VRA’s preclearance provisions. As before, he restated the DOJ’s commitment to voting rights. But there are still areas where Garland’s initiatives—notably convening an interagency task force to counter violent threats to election officials (primarily from Trump’s supporters)—thus far have not led to any prosecutions.

That absence of visible progress has led to a coalition of bipartisan election lawyers (which includes Republicans who reject Trump’s attacks) to announce they would defend election officials under attack. One lawyer who is part of that effort said that he knows that the DOJ’s Civil Rights Division was decimated by the Trump administration, but he had “no patience” given threats of violence, especially after Reuters reporters tracked down Trump activists making death threats (where local prosecutors declined to press charges).

Such tension between those inside the highest reaches of government and outside advocates seeking federal action on civil rights has been part of American history since before the Civil War. For his part, Garland said the DOJ was proceeding “carefully,” but also sought to restore the VRA to its full strength.

“In all these matters, we have carefully assessed the facts and the law before taking action,” he said when announcing the second Texas voting rights lawsuit. “Before I conclude, I want to again urge Congress to restore the Justice Department’s preclearance authority. Were that preclearance tool still in place, we would likely not be here today announcing this complaint.” 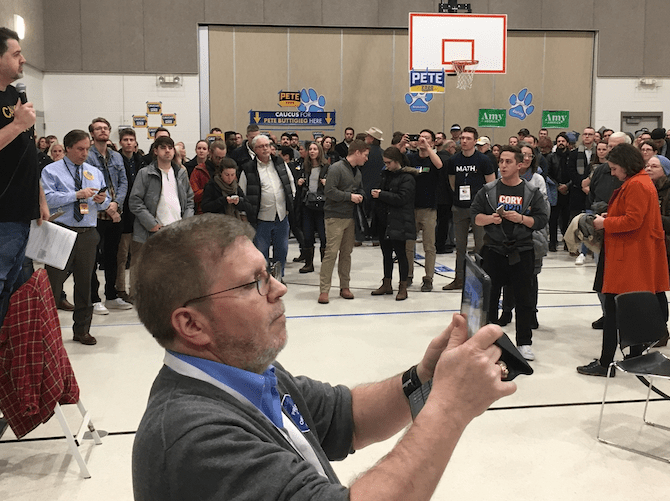 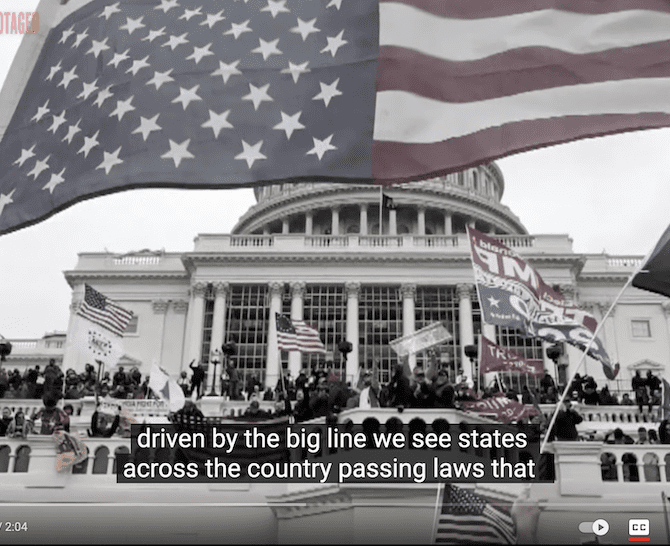 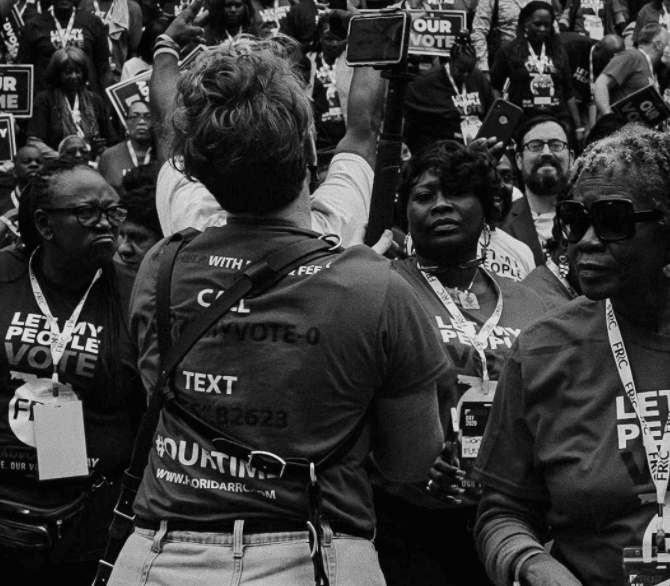 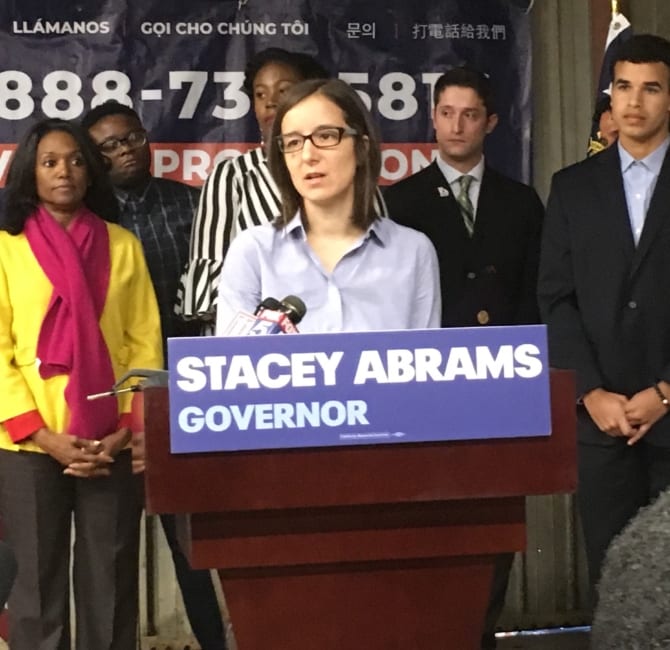